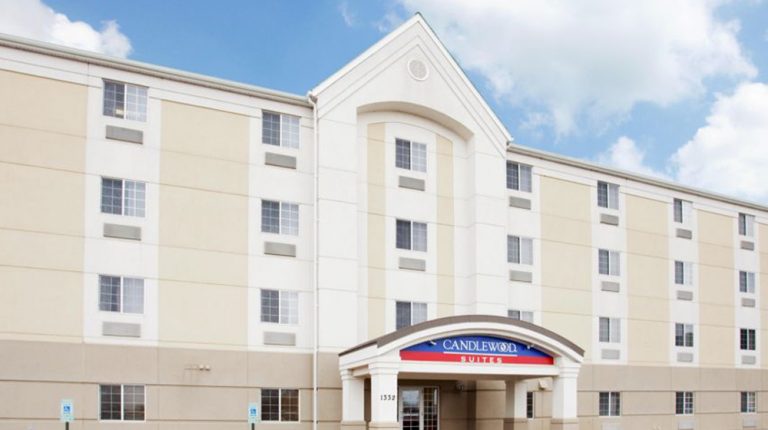 The Candlewood Suites® Hotel O’Fallon is an all-suite, 79-room extended stay hotel which caters to tourists,
business travelers, and government travelers in town to visit nearby Scott Air Force Base. In addition to spacious suites which each include well-equipped kitchens and executive work desks, the hotel also provides a business center, onsite health and fitness center and outdoor barbeque areas.

Hotel guests demand wireless network connectivity, not only for business and government travelers to connect their laptops, but to support the increase of mobile devices such as smartphones and tablets that guests use to access the Internet. While theCandlewood Suites promoted free Wi-Fi access in every suite, guests were frequently frustrated by the difficulty or inability to access the network throughout the four-story building. To solve the problem, the hotel contacted Cierra Digital Communications.

The Need: A Fast Wireless Network to Provide Reliable Connectivity Throughout the Hotel
Upon inspecting the existing wireless network infrastructure, Miller found that the existing network was not providing adequate coverage throughout the building and that in areas where there was coverage, the signal levels were poor. “The hotel was using consumer-grade routers and the guests would either see the signal and not be able to log on, get bumped off of the network, or couldn’t see the signal at all,” explained Miller. “The network couldn’t function with all of those users in such a small hotel.” Miller knew that to fix the problem and provide reliable wireless connectivity for the hotel’s guests, he would need to deploy a new, more powerful business-class wireless network infrastructure. Identifying the solution would be his next challenge.

The Results: Fast Deployment, Exceptional Coverage, and Reliable Connectivity
The EnGenius Neutron Series Wireless Management Solution deployed easily and provided a reliable, high-performance network that has significanly enhanced the wireless network experience for the hotel guests. Miller said, “With the previous system, people with iPads weren’t able to log into the network without contactingtechnical support at the gateway to pull it up. Now it’s just automatic.”

The Neutron Series provided a level of range and performance that has established EnGenius as the wireless vendor of choice for Cierra Digital Communications. “This was the first system from EnGenius that we’ve deployed, but we’re really, really happy with the product,” Miller exclaimed. “I told the hotel management that I want to hear about any issues at all, even a small glitch in the wireless network, but there have been absolutely no complaints. Whenever we get a replacement order, EnGenius is what we’re putting in!”